Mohali: Two things happened with India’s bowling attack on Tuesday night. One pertained to Umesh Yadav’s weird selection. He isn’t going to the T20 World Cup, he is not even in the reserves. Yet, he’s currently a backup for reserve bowler Mohammed Shami, who is down with Covid-19.

Despite these parameters, for Yadav to play the first T20I against Australia made absolutely no sense. While Shami was out, Jasprit Bumrah was afforded additional time, Arshdeep Singh was rested from this series and Deepak Chahar would have put a one-dimensional outlook on the pace attack. Hence, some would argue that Yadav’s pace was necessary.

Umesh Yadav is the first player to have multiple gaps of missing 50+ consecutive matches for the team in T20I career.

That is a cynical argument. It is nothing more than an admission that India’s original World Cup squad is now missing the element of raw pace. Bumrah will be India’s quickest bowler in Australia, unless Shami makes the jump from reserves. Even so, it would give the same look to India’s bowling as last year’s T20 World Cup, thus rendering any team experimentation moot.

For the record, Yadav isn’t to blame here. He turned up and did his job, even picking two wickets in the middle overs to bring India back into the game. It is the team management – selectors included – who need to answer some stringent questions and how it possibly helps India’s World Cup ambitions.

If Yadav is good enough to play now, a month before the Australian tourney begins, why wasn’t he in the reckoning all this while?

The second happenstance from this heavy defeat pertains to another bowling selection albeit a positive one. With 3/17 from four overs, Axar Patel staked his claim for Ravindra Jadeja’s vacant spot in the T20 World Cup. And it was high time he did so, for his selection somewhat rectifies the imbalance caused by Jadeja’s knee injury.

First, let’s take stock of what Jadeja’s absence really means. To quote an Indian former selector, he is a three-dimensional player. The current management decided to use Jadeja’s batting skills higher up as they fit in Dinesh Karthik at the expense of Rishabh Pant. As a left-hander coming in at number five, Jadeja reversed the right-hand uniformity, pushed Hardik Pandya down to number six and elongated India’s batting line-up. It was an add-on to his primary bowling and fielding skills, thus underlining his impact as a vital T20I player.

With Jadeja ruled out, India’s batting and bowling balance goes for a toss. Suddenly, your second spinner is out, Pandya needs to step up with his batting and bowling. He is now the No 5 batter as well as the finisher with DK pushed to the last couple overs. Additionally, he needs to take more bowling responsibility instead of the two or three over spells.

Suddenly, without Jadeja, India’s plans seemed astray, so much so the management still hasn’t found out a solution to fit Pant back in even if for his left-handed batting ability.

Enter Axar Patel. He is not the same batsman as Jadeja. There is no chance he will be pushed up the order ahead of Pandya, unless there is need for some reckless pinch-hitting. At best he creates a buffer, like on Tuesday evening, when India were down to 126/4 in the 14th over. Patel came out to bat at that juncture, and delayed DK’s arrival at the crease so he could do the finishing role best. There will be days when this ploy will work, and on some days it won’t, hence the added responsibility on Pandya’s shoulders.

Patel is definitely not the same fielder as Jadeja. With the latter ruled out, it is almost as if India’s overall fielding capability has dropped significantly. Just look at that Cameron Green dropped catch – Jadeja would have caught that in his sleep, no question. Patel, like any other Indian fielder, brings in that element of ‘will he, won’t he’ in pressure-cooker fielding situations.

It is in bowling that Patel probably outshines Jadeja, and balances the all-round spectrum. Consider this – Jadeja has a strike-rate of 24.2 in 64 matches. Patel has played fewer games – only 27- but he takes wickets every 21.4 deliveries in T20Is. He even boasts a better bowling average (25.5) than Jadeja (28.49).

Unlike Jadeja, Patel has a couple more bowling variations to exhibit. His arm-ball comes in with the angle, and can bowl right-handed batsmen round the legs as Josh Inglis found out. Jadeja’s arm ball usually goes away from the right-handers, that too on a very spin-friendly pitch. In white-ball cricket, the straighter line is Jadeja’s stock delivery, while Patel’s pace variations give him the head-to-head advantage.

Tall for a spinner and could get some bounce in AUS.

Stump-to-stump line and quicker through the air. Subtle changes in length.

His seam presentation is such that the ball tends to come out scrambled.

Additionally, with his inclusion, Rohit Sharma is assured of four controlled overs of left-arm spin, which ultimately sets Pandya up for his impact spells again. India’s bowling strategy was to split six overs between Pandya-Jadeja, with two overs in reserve should one of the three pacers gets hit for runs. Or, on a bad day for Yuzvendra Chahal, you get the second spinner to bowl those extra overs. Patel is crucial herein to restore that balance to India’s bowling attack.

In an ideal scenario, would Patel be in consideration? Probably not, for he has always been the backup to Jadeja but at the same time, has patiently waited for his chances to come by. Now, with more opportunities against Australia and South Africa in the offing, Patel must grab this chance for India’s sake. It is his moment, with a clear-cut path to the fast-approaching T20 World Cup.

India vs New Zealand Live Streaming: When and Where to... Apple may not bring under-display Touch ID to iPhone 15,...

He mentions that relatively affordable models such as iPhone SE may get a Touch...

Roger Federer explains why he will never forget what Rafael... 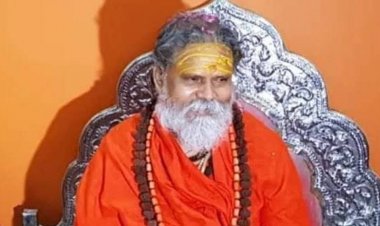 Lula, the veteran leftist seeking a presidential comeback, had 48.1 percent of the... 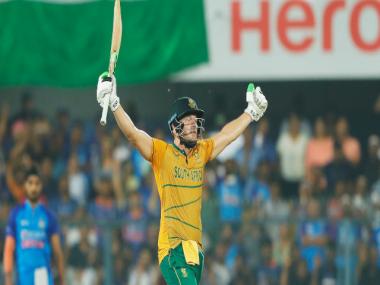 President Joe Biden issued the announcement that the Americans were on their way...

Established more than 120 years ago before Europe was ravaged by two world wars,... 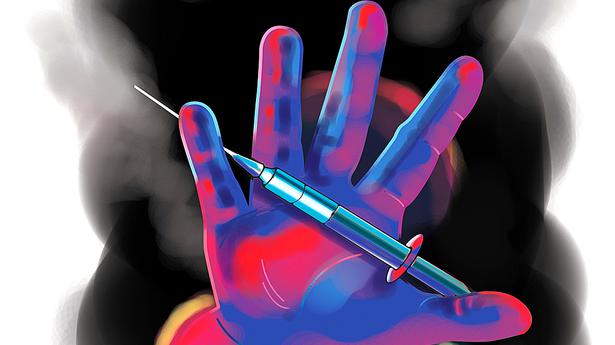 Preliminary investigations revealed that the accused had reportedly supplied the...