As India celebrates Savitribai Phule's birth anniversary, here are a few facts about her: 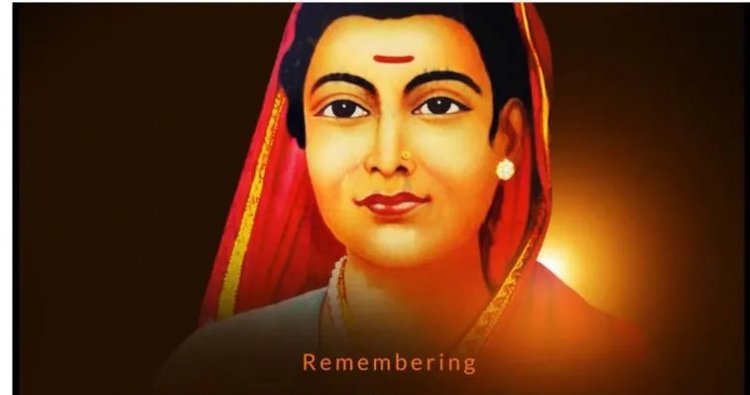 Savitribai, together with her husband Jyotirao Phule, founded one of India's first girls' schools in Pune, at Bhide Wada, in 1848.
January 3 marks the birth anniversary of a social reformer and feminist icon Savitribai Phule. Phule was born on January 3, 1831, in Maharashtra, and is remembered for her vital role in championing women's rights in India.

Savitribai, together with her husband Jyotirao Phule, founded one of India's first girls' schools in Pune, at Bhide Wada, in 1848.

Apart from that, Savitribai Phule also broke the shackles of patriarchy by becoming the first Indian woman to become a teacher at a time when girls were not allowed to attend schools. She is also regarded as the first female teacher of India.

As India celebrates Savitribai Phule's birth anniversary, here are a few facts about her:

Phule was married off to Jyotiba at the age of nine. She was illiterate at the time, but her husband taught her to read and write at their home.

After completing her education, she enrolled herself in two teacher's training programs, one in Ahmedabad and another in Pune, according to reports. Following her training, she became India's first female teacher as well as the first Indian headmistress.

Savitribai Phule later established three schools for girls in Pune by the end of 1851, with her husband.

Phule later opened a women's shelter called the Home for the Prevention of Infanticide where widows could deliver their children and leave them for adoption if they wanted.

She was against child marriage and strongly opposed the Sati tradition. Phule also set up a shelter home for widows.

Despite facing resistance from the local community with conservative views, Savitribai continued to teach girls and children of different castes.

India vs South Africa: KL Rahul contributes with a 50 in second Test; Proteas 35-1...

The Covid-19 test positivity rate (TPR) in half of Karnataka's 30 districts is in...

924: Gulzar Tells Us How To Savour A Poem A Day

In his book, 'A Poem A Day', Sampooran Singh Kalra aka Gulzar, has selected and...

WATCH: Rafael Nadal’s goal for Melbourne Park is to “be...

I really believe that if I am healthy and if I am able to play weeks in a row, have...

Even as negotiations between Tesla, the US electric car manufacturer, and the Central...

The city had the least forest cover among the metros of India, revealed a recently...

Param Bir Singh took pains to lead the Mumbai police at the fag end of his career.... Bengaluru police on the hunt for bookie who offered ₹40...

The Jayanagar police have filed an FIR against a bookie who allegedly contacted...

Congress functionaries can no longer be trusted by their workers, TMC MP and Goa...