'None of us saw it coming': Dinesh Karthik on BCCI scrapping Chetan Sharma-led selection committee

'None of us saw it coming': Dinesh Karthik on BCCI scrapping Chetan Sharma-led selection committee After India’s semi-final exit at the T20 World Cup, a strong step was expected by the cricket board (BCCI). One bad day, against England in a 10-wicket defeat, prolonged the ICC trophy drought to nine years. The last T20 World Cup trophy came 15 years ago.

A week after that dreadful show against England, BCCI let go of the entire selection committee and invited fresh applications. The development surprised many, including Dinesh Karthik who was part of the T20 World Cup squad.

“Very interesting development,” Karthik said on Cricbuzz. “I think none of us saw it coming. It is also an opportunity for the new selectors coming in and we have to see how things unfold.”

DK who returned to the Indian setup after a lengthy period, opined he isn’t a big fan of the term ‘sack’ and believes the change was inevitable.

The 37-year-old also credited the Chetan Sharma-led committee for making tough decisions and warned the next in line to follow suit.

“I know this word ‘sack’ was used as lot, but I think their term was coming to an end as well. It is a tough job. Picking 15 players from a set of 40-45 players who are all good enough to represent the country it’s not going to be easy. Credit to them. They have done a good job. The new selectors have some strong decisions to take,” Karthik said.

India’s transition and focus on the 2024 T20 World Cup is underway with Hardik Pandya-led side in New Zealand for a three-match series. With the likes of Virat Kohli and Rohit Sharma sitting out, it has been an opportunity for the youngsters to make their mark.

TN to regulate bike taxis, travel costs may go up

'The whole country is open': Ravi Shastri defends his book...

MCC to use gender neutral term 'batters' in laws to 'reinforce...

India vs England: Virat Kohli hints at sticking with similar... ‘Aim is to make defunct sports arenas available for the...

SAAP has recently called for tenders for leasing out its assets including swimming... Farmers in North Karnataka are now trying to grow coffee and if proven to be of... 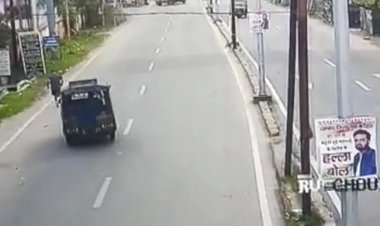 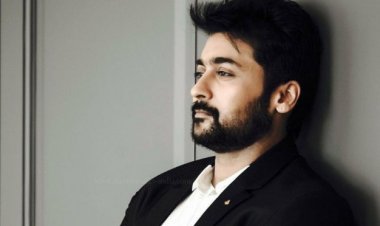 Suriya is the eldest child of actor Sivakumar and his younger brother Karthi is... Tulu version of ‘Kantara’ to be released in India on December...

Taiwan votes in local elections amid tensions with China

A shooter armed with a semi-automatic pistol and wearing a bulletproof vest fatally... Kovilpatti man, presumed dead for 24 years, to be reunited...

He was found about a week ago in Tambaram and was rescued by the Kaval Karangal...